In 1925, Sacred Heart Parish purchased 40 acres of property on the outskirts of Manville for a parish cemetery. It was blessed by Bishop Walsh on October 17, 1927. The cemetery is located on Millstone River Road in Hillsborough. As the population of Manville increased, an additional 22 acres of land was puchased for cemetery use. A final purchase of land was made increasing the total to 74.7 acres.

Sacred Heart Cemetary is not only a burial place but also is a place conducive to prayer and meditation with religious statues at each circle. It was envisioned these statues would inspire hope of the resurrection to all who viewed it. A beautiful, peaceful grotto was built from the stone blocks salvaged from the demolition of the orginal Sacred Heart Church building.

A caring staff provides well-maintined grounds designed to meet the needs of each family and to commemorate the lives of those buried there. Memorial counselors also offer information on purchasing cemetery plots for your pre-planning needs.

The right to purchase burial easements at Sacred Heart Cemetery is limited to parishioners of Christ the Redeemer Parish, along with parishioners of the other Catholic churches in town, i.e., St. Mary Byzantine and St. Michael Ukrainian Churches.

Catholic cemeteries and churches are places consecrated and set apart as the "sacred space" which the Church designates and reserves in this world exclusively for the worship of God and the celebration of His mysteries. They reflect the deep faith of Catholic Christians in the intimate connection between the death of the believer and the death of the Lord, support our conviction that the bodies of the baptized have been the dwelling place of the Holy Spirit, and are an expression of the ministry of the Church to the bereaved among us and to the deceased themselves who continue to be members of the church, suffering and triumphant.

The Catholic cemetery seeks to assist people in accepting the reality of death in a context of faith in the promise of eternal life. Our facilities and services include a place for burial, an environment to meet the needs of the liturgy of burial, an atmosphere to encourage prayer for the dead and in which love is remembered, hope is rekindled, and faith is awakened and strengthened.

We also seek to minister to the poor, who must be treated with dignity in life as well as in death. We minister to the living by helping them to anticipate their needs when the time will come for them to face the reality of death through the arrangement of burial space for themselves at a moment when they can acknowledge and address the issues surrounding their own mortality in an atmosphere of peaceful reflection. We see this aspect of our ministry in particular as catechesis and evangelization. In the valuable recordkeeping which we do, we also serve as an archives of the community of Faith in this place and time.

We invite everyone to understand this cemetery as a statement of our Catholic Faith and as an expression of our commitment to prayer and service.

PURCHASE OF AN EASEMENT 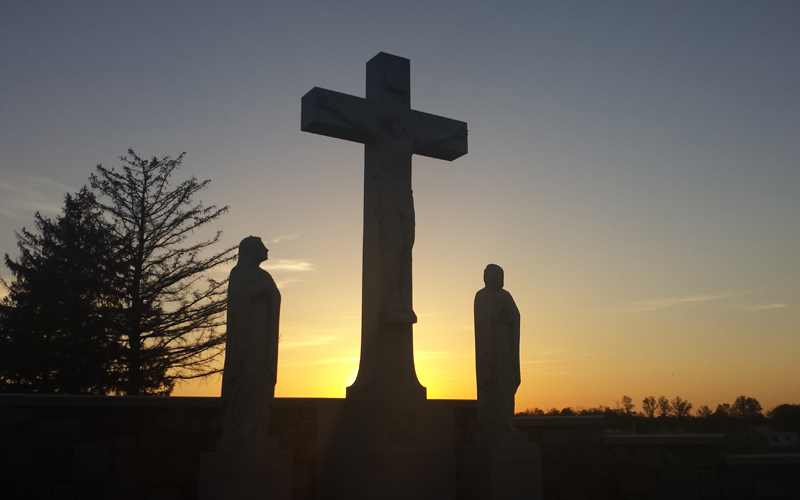 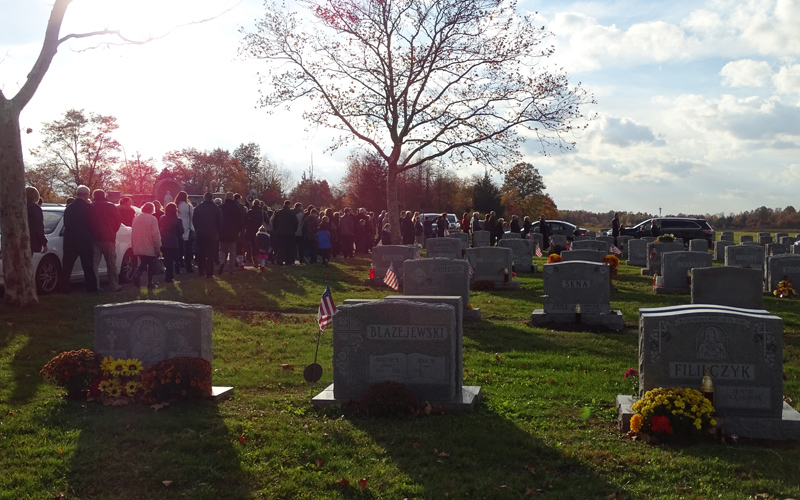 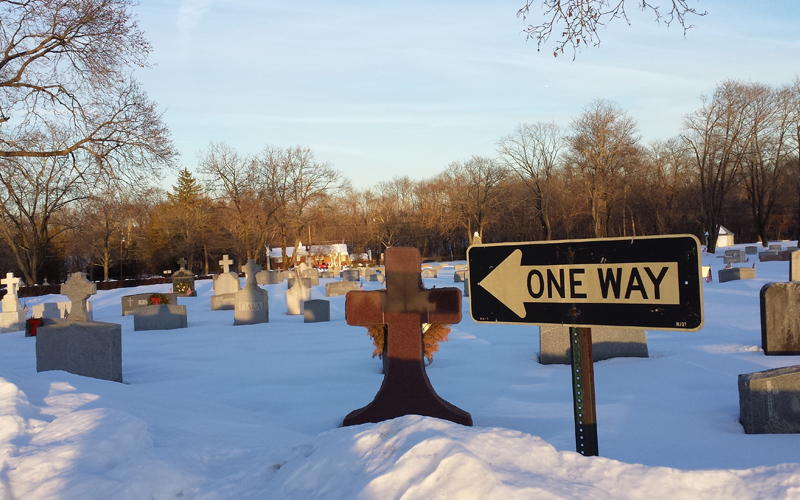 On December 5, 1917, a few days after his ordination, Father Francis A. Kasprowicz was sent to organize and minister to the needs of the Poles in what was eventually to become the Borough of Manville.

Initially, the Manville Fire Department granted Father Kasprowicz permission to use its headquarters near the Lehigh railroad on South Main Street for Masses and church meetings. However, a more permanent arrangement needed to be made, and Father Kasprowicz set out to organize his people to plan for their future as a parish.

On March 11, 1918, six parcels of land were purchased, and a vigorous campaign was launched to raise funds for the building of a new church on the newly acquired property. The official incorporation date of the parish, known as the Polish Roman Catholic Church of the Sacred Heart, was March 12, 1919. The property was blessed on August 17, 1919, with services marking the groundbreaking for the new church and school building. On October 19, 1919, Bishop Thomas J. Walsh blessed the cornerstone of the church building.

In 1925, the need for parochial burial grounds was apparent, and the purchase of 40 acres of land was made for use as a parish cemetery. This tract of land is located on Millstone River Road in a section of Hillsborough just south of the border between Manville and Hillsborough. Later, in 1945, Father Peter Wieczorek, the second pastor of Sacred Heart Church, enlarged the cemetery with the purchase of an additional 22 acres.

Eventually an ornamental iron fence and an entry gate were added to enhance the landscape of the parochial burial grounds. Water lines were also extended throughout the existing cemetery for the convenience of the public and the groundskeepers. At the second circle in the center road, a monument of the “Pieta” was erected. On June 11, 1957, the Rev. Msgr. Martin A. Madura was appointed by Bishop George W. Ahr to succeed Father Wieczorek. During Monsignor Madura’s stewardship, an additional tract of land was purchased to enlarge the parish cemetery to 74.7 acres, thus ensuring burial space for many years to come.

After Monsignor Madura's retirement, Fr. Joseph Krysztofik was assigned to the pastorate of Sacred Heart Church. During his tenure, roads at the cemetery were widened and resurfaced. A beautiful 18-foot high, double-faced granite memorial, depicting the Sacred Heart of Jesus on one side and the resurrected Christ on the other, was erected to inspire the hope of the resurrection in all viewers. Later, Fr. Krysztofik was instrumental in having a granite monument of the Crucifixion erected. By late 1970, two new sections were developed – one for two-grave plots and the other for three- and four-grave plots. In 1989, a new section for single lots was opened as well as a new Baby Section.

In 2001, Father Boguslaw Augustyn, C.Ss.R. the sixth pastor of Sacred Heart Parish, concentrated his efforts on making improvements. The chain link fence around the sides and back of the cemetery was replaced, and two undeveloped sections were cleared and planted with seed. At the first circle, a stone altar and two benches were added for use when services are held there. Also a flower bed, bordered with Belgian block, was added at the base of the monument. In Section D, all leaning monuments were straightened and rows were aligned. Just inside the entrance gate the center island was cleared of trees that were overgrown and in some cases diseased, and bushes were planted. The statues at the front gate were power washed, and a new bronze sign, listing our basic policies, was installed.

Many of our families have several generations of loved ones buried in Sacred Heart Cemetery. Thanks to the foresight of all our pastors, it is a sacred and serene place where everyone is invited to visit the graves and to spend some time in prayer and reflection on the lives of those buried there.