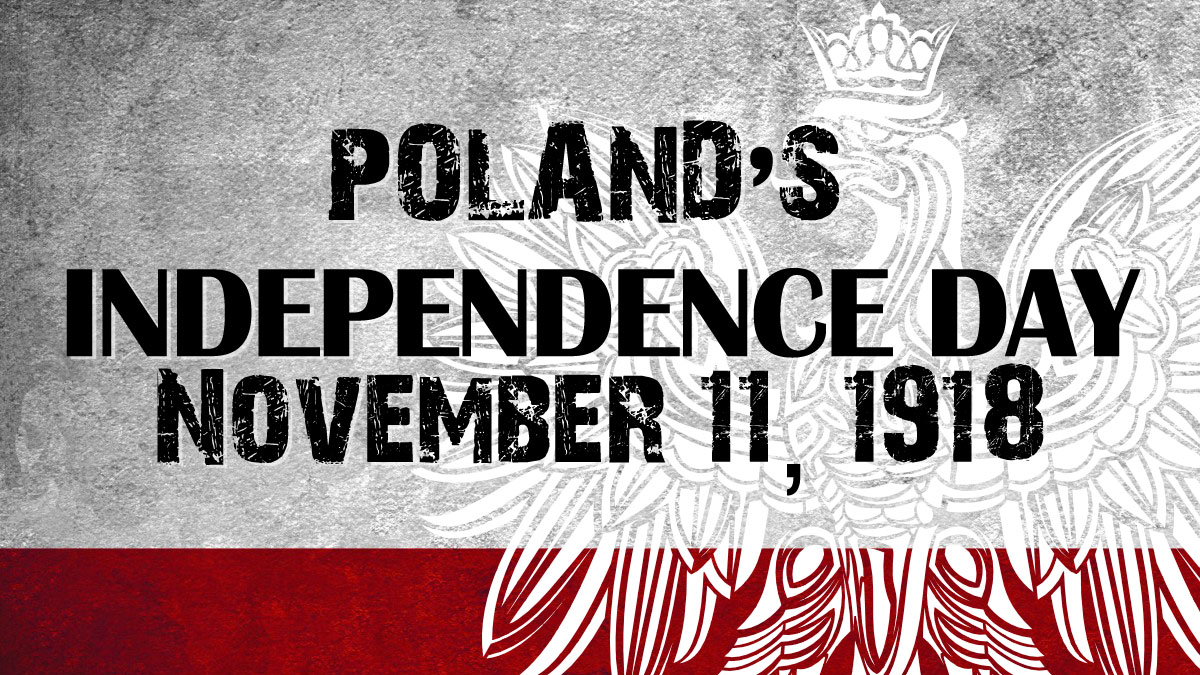 On November 11, 1918, after 124 years of partition and oppression by the three contiguous empires, Austria, Germany (Prussia), and Russia, Poland regained her independence. The victorious allies --England, France, and the United States -- celebrated that day as Armistice Day, the day on which the long and bloody World War I finally ended. For Poland, November 11 meant the end of a many longer struggles to regain her independence; namely, Konfederacja Barska of 1768-1761, the Napoleonic Wars and the D¹browski Legions, the November Uprising of 1831-1832, and the January uprising of 1863-1864.

Despite the separation imposed by the partitions and in the face of the intense Germanisation and Russification policies of the occupying powers, the Polish nation retained a strong sense of community and an equally unyielding determination to be one, free, and independent. The spiritual unity of the nation was nurtured and perpetuated by the cultural influences of Adam Mickiewicz [regarded as the National Poet of Poland], Chopin [Poland’s greatest composer], Wladyslaw Reymont [Nobel Prize winner in Literature], Henryk Sienkiewicz [journalist/novelist/Nobel Laureate], Stefan Zeromski [conscience of Polish literature] and, of course, by the shared religious experience in the Roman Catholic Church.

Given her unfortunate geographical position, Poland’s struggle for independence against the three frequently cooperating empires named above was, as history shows, very difficult but not impossible. When Poland finally won her independence, therefore, it was not only because of what Poles themselves did, but also because of what happened around them in the international arena.

Unable to defeat her powerful neighbors herself, Poland’s seemingly only hope to win independence, lay in the surrounding empires imploding, being defeated, or both. And, as Józef Pilsudski [statesman/Chief of State] anticipated, this was precisely what happened in the Great War (World War I). Military defeats, internal social unrest, and the Bolshevik revolution, seriously weakened Russia; the Austro-Hungarian Empire, a polyglot of nations, disintegrated in the face of the impending defeat of the Central Powers; Germany was vanquished by the combined forces of France, England, and the United States. All of these events provided a unique opportunity for Poles to achieve their long-sought independence.

America’s entry into the war not only assured allied victory but also provided vital moral and political foundation for Poland’s claim to an independent statehood. During the war, Austria, Germany, and Russia appealed to Poles for support of their respective war efforts in exchange for vague promises of a more or less limited autonomous Polish kingdom after the war. The bidding to secure Polish support was clearly won by the allies by President Woodrow Wilson, who, in the thirteenth of his Fourteen Points of January 8, 1918, clearly declared his commitment to “a united, independent, and autonomous Poland, with free, unrestricted access to the sea.”

In this Great War, Poles fought on all major fronts and in all major armies. In many cases spontaneously and under the able leadership of Józef Pilsudski, Polish volunteers from all three parts of their partitioned country formed national military units, which quickly coalesced into an armed force capable of securing the country’s borders. Nearly 500,000 Polish soldiers died in the war and at least the same number were wounded. The sacrifice was great, but so was the cause.

And so, the events and the diverse forces, which came together in 1918, enabled the Polish nation to win back its right to an independent existence and to be able to shape its own future. Thus, November 11 of that memorable year was for Poland also a new beginning. Truly daunting tasks lay before her leaders: establishing borders with hostile neighbors; uniting three very different imperial systems separated for 123 years into one integrated society a nation; and constructing fully-functional economic and political systems.

November 11, 1918, was a huge success for Poles. With this success came the daunting, responsibility for solving formidable problems to ensure a viable Poland. They are still working on them. And we, here in America, wish them much success.